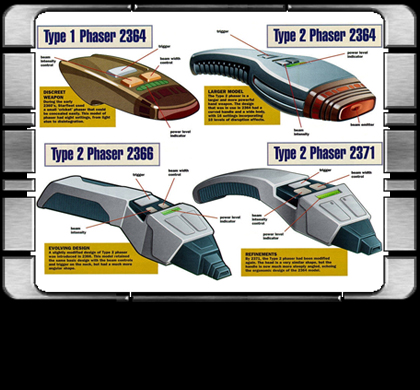 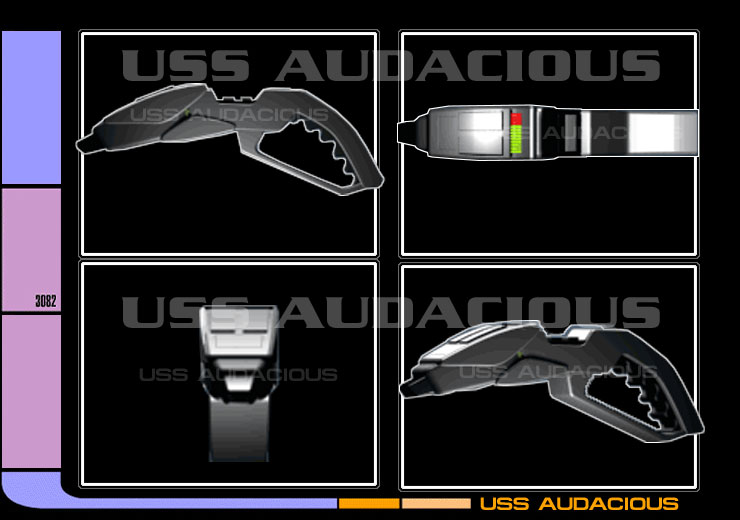 When the type II first 'officially' appeared in Star Trek: Nemesis, First referred to as the 'Cobra Phaser'  a nickname commonly applied to the weapon seen from the 3rd season of TNG onwards. This prop has instead come to be known as the 'Dolphin Phaser' for its curvy snout.

The prop is very similar in shape to the version seen from Star Trek: First Contact onwards (the 'Boomerang Phaser' or 'Phaserang') but is different in just about every detail. It's curvier, has a sharper muzzle and round buttons instead of square ones. The color seems darker and more metallic, and the snout and buttons are a metallic silver, aluminum or even chrome. The snout has what could be proton spill ports above and below the beam emitter, and some fan-made versions have holographic blue highlights placed there.