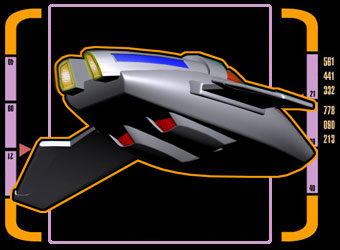 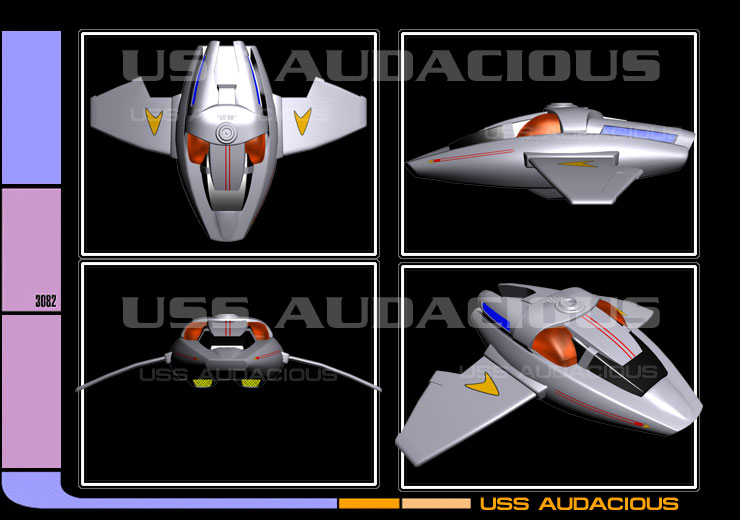 The Federation attack fighter was a type of starship, employed by Starfleet as an attack fighter during the Dominion War. (DS9: "Sacrifice of Angels") The Maquis appropriated several of earlier models of these ships and used them as attack fighters during their insurrection against the Cardassian Union. Prior to 2370, these ships were civilian Federation support couriers not used by Starfleet. Large numbers of these ships were used by Starfleet in the Dominion War. During Operation Return, eight successive waves of fighters were sent to attack the Cardassian ships of a Dominion fleet, hoping to provoke them into breaking formation and creating an opening for the Federation fleet. (DS9: "Sacrifice of Angels")
This ship type was also used as an Academy flight trainer by Starfleet Academy. (VOY: "Drone", "The Voyager Conspiracy", "Life Line") 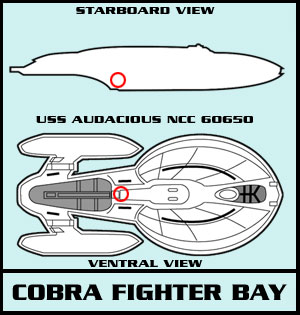 The attack fighter was capable of carrying an impressive arsenal. When used by Starfleet in 2374, the ships had several forward torpedo launchers and at least one phaser bank with two forward emitters.
When used by the Maquis in 2370, the fighters were armed with whatever weapons were available.