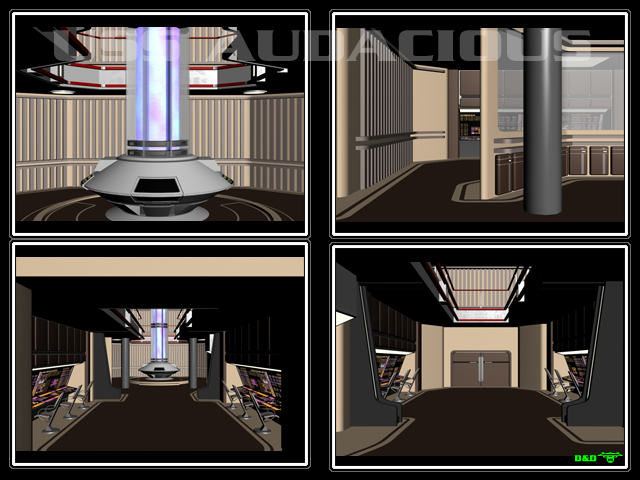 Engineering, or main engineering (called reactor pit in Klingonese; Vulcan translation: nen-mish-sutauk), is the location from which the ship's main power systems are controlled. Engineering is the primary assignment of engineers and chief engineers. Engineering's primary purpose is to be the central point for control of all engineering systems aboard a starship, especially those related to propulsion and power generation. The matter/antimatter reaction chamber (also known as the warp core) is located in engineering.
Engineering can also be used as a command and control center, overriding primary centers such as the bridge or auxiliary control. 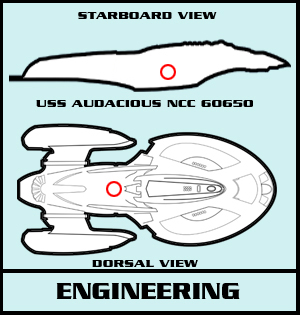 On the original Constitution-class starships, engineering was a two-deck-tall room that housed the main dilithium reactor and the engineering core as well as a large transparent grill that overlooked power conduits. The room was extensively refitted on Constitution-class starships in the late 2260s to include additional computers, offices, and rooms around the main area. (TOS: "The Corbomite Maneuver", "The Naked Time", "The Conscience of the King", "The Ultimate Computer", "Mirror, Mirror", "Day of the Dove")
Towards the end of the 23rd century, the engineering department on refit Constitution-class starships was drastically changed, spanning multiple decks. The uppermost level served as the structural support strong back of the ship, and was the anchoring framework for the connecting dorsal and the warp nacelle pylons.

On the forward end of this level was the engineering computer monitoring room, which encircled the intermix shaft and opened, to the rear, into the engineering computer bay. The rear bulkhead of the computer bay contained an emergency section door which lowered to the deck below, and separated the warp engine room from the extended horizontal intermix area; the door dropped automatically in the event of a radiation leak or pressure loss.