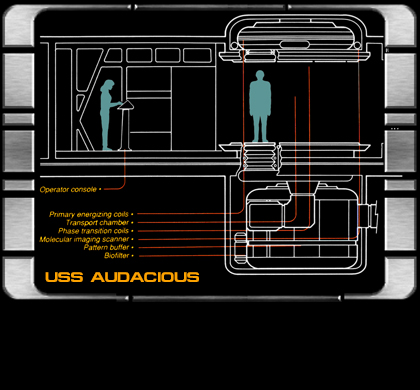 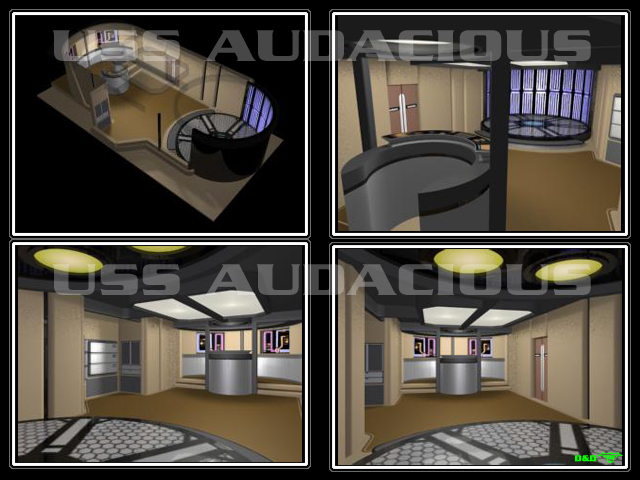 The transporter room is part of a starship or space station which is specially outfitted to transport lifeforms and small, inanimate objects.
The number of transporter rooms varied per ship or station, the main criteria being the ability to evacuate all personnel within a specified time. All key components which were needed for transport were fitted in this room and the one just below.